At CORNERSTONE ALPACA STUD we  offer you premium breeding stock, whether you are just starting out or are an established breeder. We have ensured we are producing progeny with super-fine fleece, density and magnificent temperament.

Alpacas are just wonderful pets and we offer quality, affordable animals that will be a joy to your family!
We are dedicated to the superior care and health of our animals and unwavering customer support. ​

​We love our alpacas and we know you will too!

Various colours and ages for sale as pets and for breeding.
Viewing by arrangement only. Please email us.
Remember that alpacas are herd animals and that they need other alpaca company. A mate is a must! We prefer to sell them as buddies.
*Please ask for a delivery quote.*
We also offer husbandry services. Please contact ​Herman Van Niekerk on email (vanniek@yahoo.co.uk) to arrange.
For shearing services we recommend Mike Banks from Shearpac.
​
New to alpaca farming? Alpaca Information provides more details. 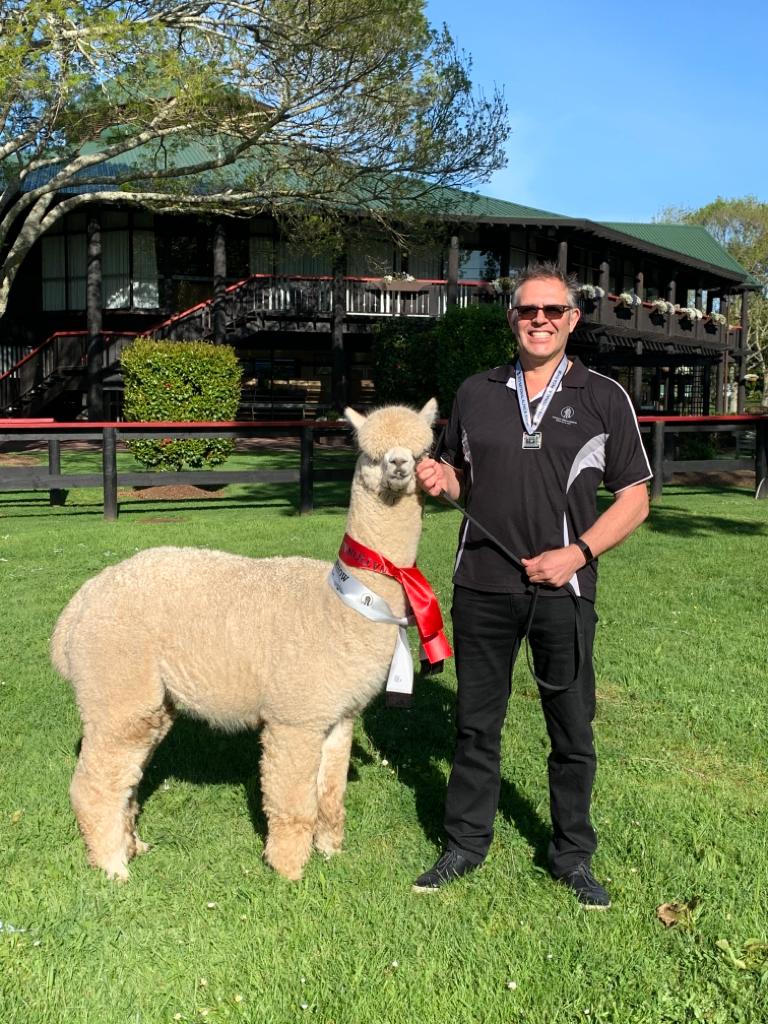 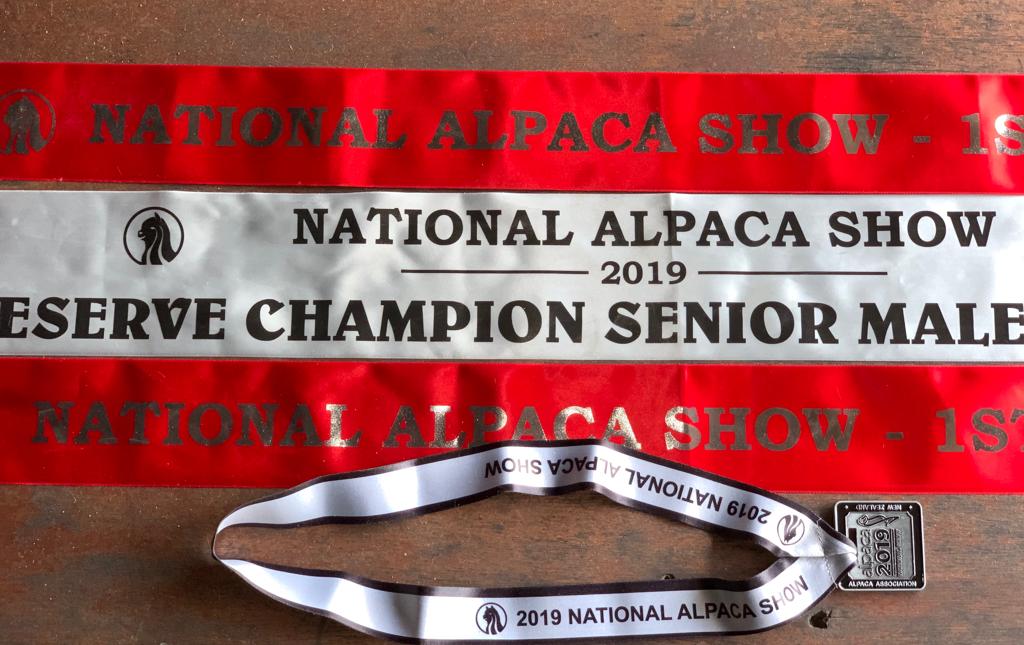 Email us for alpaca sales

Please see below the foundation of our breeding program. 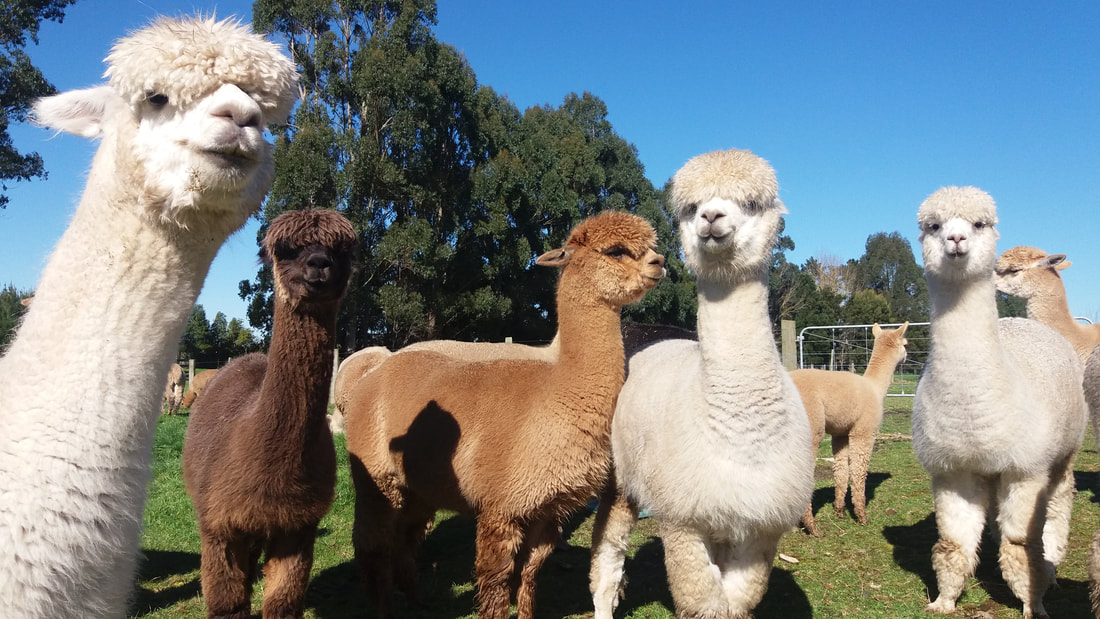 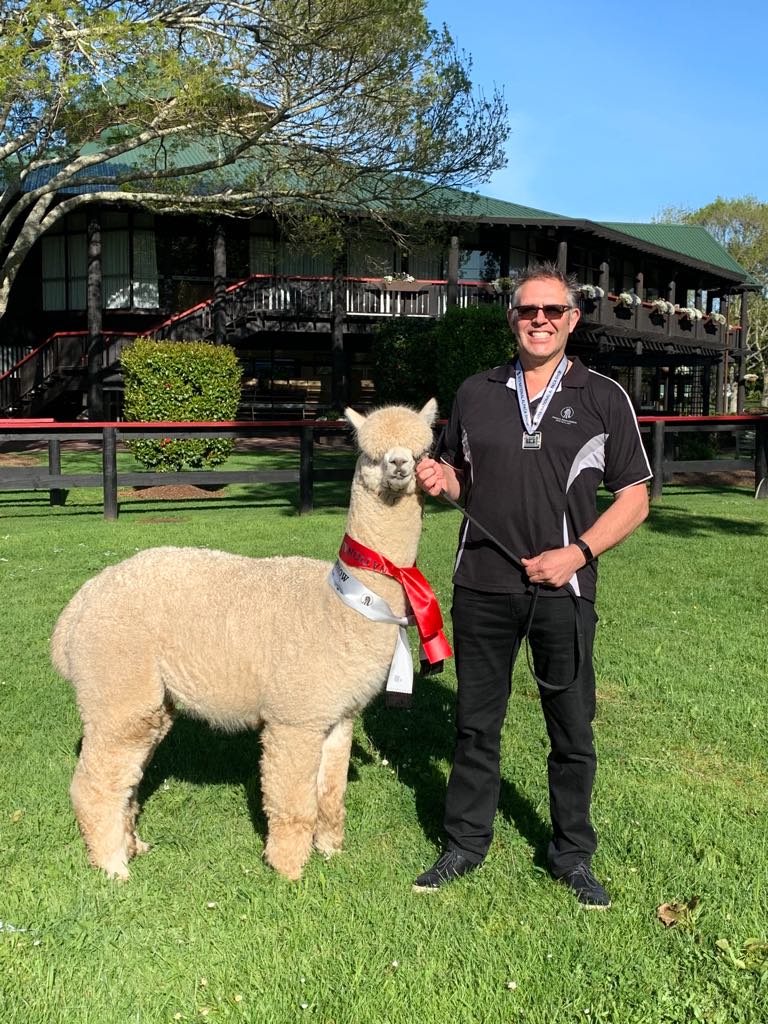 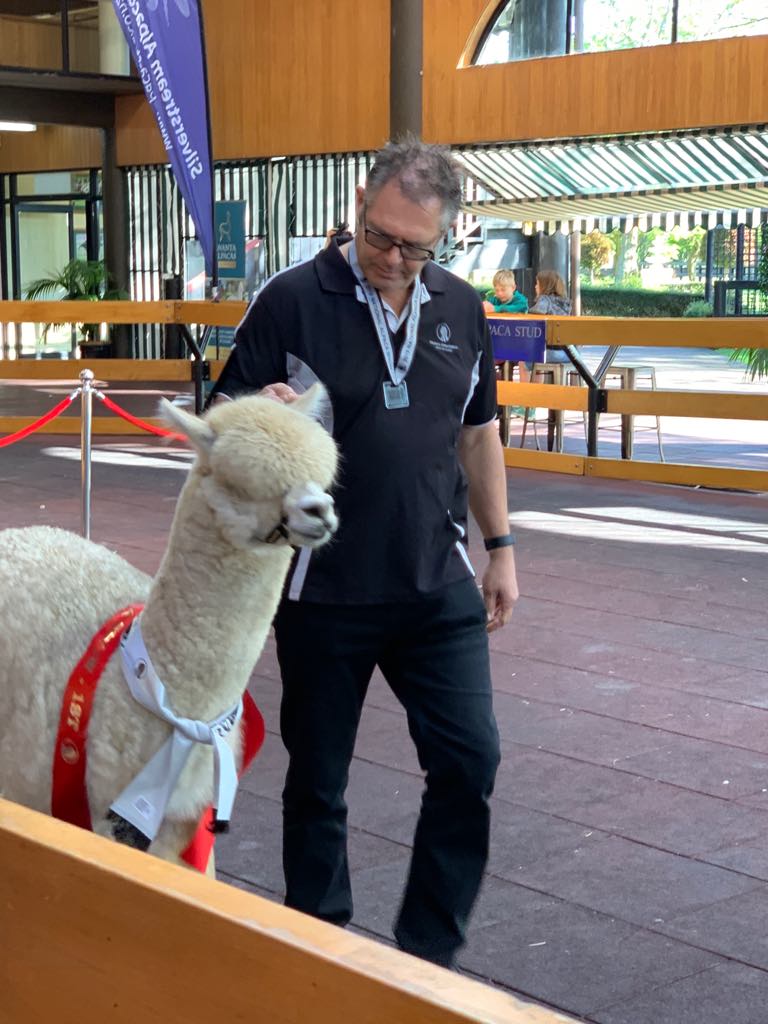 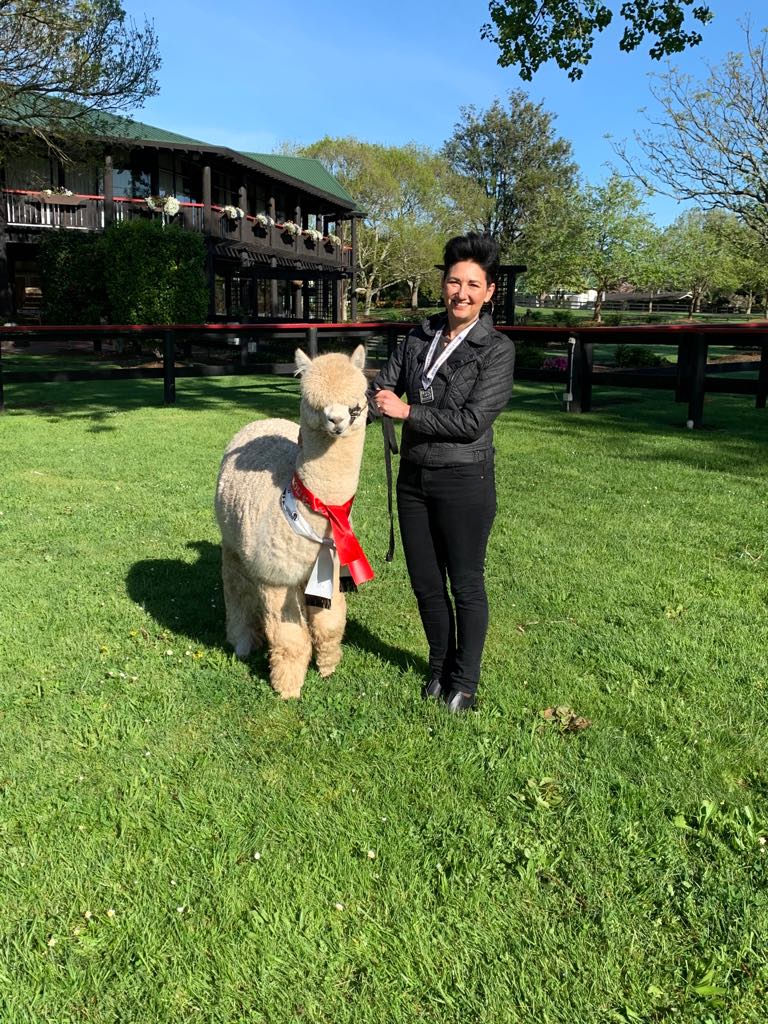 ​In 2017 Dave & Sonja Blom became the very proud owners of Waters Edge Invincible and welcomed him to their herd at Cornerstone Alpacas!  Invincible is adding the genetics of Benleigh Sancho ET to the herd. Invincible won Supreme Light Fawn fleece and ​Champion Light Fawn male at the North Island Colourbration Show 2017 and won Champion Intermediate male at the Royal Easter Show and Champion Light Fawn at the Rotorua Show 2017. He did us proud at the 2017 Nationals, winning both breed and fleece in very strong classes. Invincible is one of only two sons of EP Cambridge Invictus still in New Zealand.
Another stunning show performance: Invincible at the NZ North Island Colourbration Show 2018:
Reserve Champion Light Fawn Fleece & Reserve Champion Light Fawn Male!!
​And first in his class at the Morrinsville A&P Show 2019!
Watersedge Invincible did us proud at the New Zealand National Show 2019 at Karaka Bloodstock:
Invincible won first prize in the Senior Males White Fawn Class for breed and fleece! He then took out the Reserve Champion for Senior Males!
Proud of our Cornerstone Alpaca Boy!
Visit us and meet our Champion!

The foundation of our breeding program

With our commitment to breeding top quality New Zealand alpaca, we have developed an impressive breeding program using high quality Peruvian and Chilean huacaya stud males, imported champion Australian and U.S.A. bloodlines, and are developing our own pedigree herd sires.

Our breeding program consists of genetics form excellent bloodlines and some males that were exclusive to the use of the owner breeder.

Ven Chura is one of the NZ's most influential coloured males. Ven Chura is well known for his solid upright stance and his soft handling, dense fleece. Possibly the best medium fawn male imported from Peru to New Zealand, Ven Chura left an outstanding legacy in siring plenty of top quality offspring. At an estimated age of 14 years of age, he still maintained his coverage, density and fleece character. He was imported from Peru and he had the X-factor!

Wainui Heights Emmerson is a stunning mid brown male and he's packed with great colour genetics. He displays extreme density with great alignment and organisation within his fleece giving it a lovely handle. He has an outstanding temperament is extremely well conformed with excellent bone. He has a solid show career and has numerous age group and colour championships for bred and fleece classes.  His excellent fleece stats read 18.3 micron (2012) and as a mature male 23.2 micron (2015). (Co-owned with Wainui Heights Alpacas).

Otonga Sappa Inca Rodar is from the outstanding imported Accoyo bloodline from Peru. Sired by Sappa Inca, Rodar is typical Sappa Inca, heavy boned and his conformation is excellent. His fleece statistics are superb. It reads 19.18 micron, CV of 21.3 and CF of 99.3 for his second fleece. His fleece took First prize at the Waikato World Show 2009.

Meadow Creek Sagittarius was sired by ILR Ppperuvian Legend, an Accoyo from the original Peruvian Five Star import into USA in 1995. Legend never lost in the Show Ring in the years he was in the USA. Sagittarius was selected as a stand-out male as a youngster, and imported from Australia.

Mariah Hill Zazzou is from Australians Champion Sires – giving him outstanding bloodlines on both sides of his pedigree. He carries excellent stud male attributes, impressive heavy clip, superb frame, exceptional density, fineness, superior staple length, super soft handle and high lustre, carrying crimp right across the front of his chest. Solid bone structure.
Zazzou, has progeny in Europe and has the ability to pass his genotype onto his progeny. An excellent fleece result for a top stud male. Zazzou's progeny are on the ground and his first cria, Anteria (black), has been shown twice and received FIRST in both shows.His Show Credits include 2 Supreme Champions, 3 Champions of Class, 2 Reserve Champions, 2 Best White and 5 Firsts Runner up to Alpaca of the Year 2003.

Combe Hill Macchiato has impressive bloodlines including Jolimont Warrior, Jolimont Conquistador, Purrumbete Brigantine, Purrumbete Inti, Purrumbete Highlander and ILR Peruvian Ultimo! He is sired by Combe Hill Sirocco who has won many Championship ribbons including Supreme Championships and Intermediate Champion Male at the Royal Easter Sydney Show in 2008. Macchiato's dam won Reserve Champion Junior Female at the Melbourne Royal and has consistently bred progeny that impress in the showring.  Macchiato has won numerous prices on shows and has a very fine fleece and beautiful conformation and presence.

Otonga Ven Chura Zorro has a rich genetic background, boasting the great Kaihere Peruvian Ven Chura (one of New Zealand's most successful fawn male to date) as sire. Possibly the best medium fawn male imported into New Zealand, Ven Chura left an outstanding legacy in siring plenty of top quality offspring. Zorro is one of them. He is an eye catcher with a great presence and what you’ll expect from a well-bred herd-sire – a proud stance.

Somerset Brigadier was Imported into NZ as one of the last sons of Purrumbete Highlander - one of the most famous and the most influential stud male in Australian Alpaca history. He had a very good fleece, soft handle, density with excellent crimp definition covering a high proportion of this body & legs, with exceptional presence and conformation. His show credits include: Intermediate Champion 2003
​
Sappa Inca is an outstanding robust pure-bred Accoyo male that needs no introduction. An import from Peru; he is a heavy-boned, large, upstanding male which exhibits extreme density and coverage.

Pejo Kandahar, the Winner of the mature Black Male class at the Nationals in 2007, is a robust male with excellent strength of bone on a medium to large frame. He has a soft handling fleece with minimal guard hair.

ILR Alpine Fibre's Brutus: From the bloodlines of USA and sired by the famous Peruvian Hemingway — an icon of the US industry — Brutus brought a totally new dimension to New Zealand alpaca genetic improvement.

Gilead Astrakhan is an upright well conformed light fawn stud male who has Jolimont Attitude as his sire. He won the Supreme Huacaya Championship at Levin as a junior, following this with Intermediate Male Champion at Manawatu plus Champion Male Fleece at the same show.

Cuesta Iggy (Black) is a solid black male with a lovely temperament! His pitch black fleece has won many prizes on shows and he throws the same colour cria! He has many cria on foot, is an eager worker and is very protective of his girls. A stunning black male. One of his offspring, Magnum, won Reserve Champion fleece at the 2018 NI Colourbration Show and his fleece received 5th prize at the 2018 National Alpaca Show.

Waters Edge Lord Grey (Grey) is our newest breeding stud male and  already has  made us proud in the show ring!  He has a great bone structure, beautiful soft fleece and gentle temperament. We're loving his offspring with colour always a surprise! Cornerstone Panda is one of them!